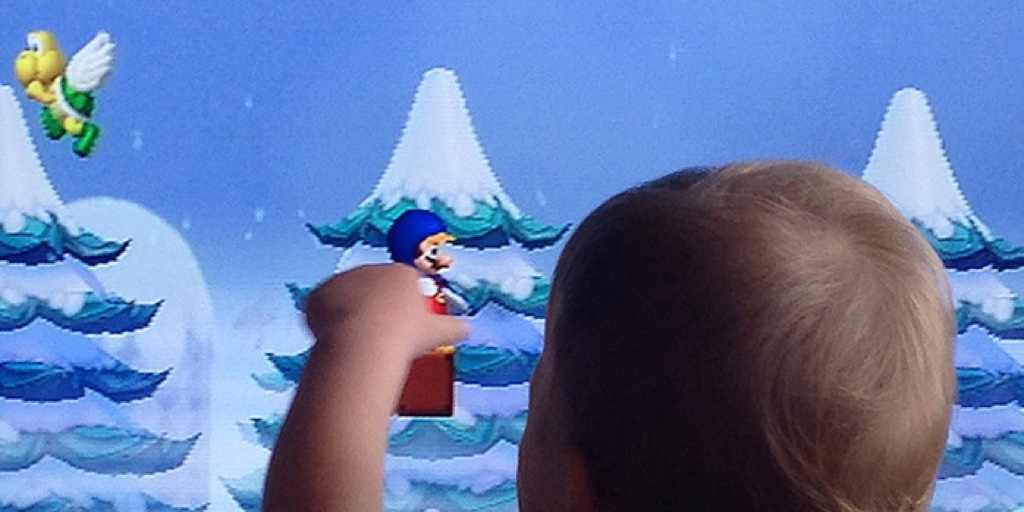 I love watching my kids playing with technology. Sometimes they struggle, but more often than not, they know exactly what to do. They are only two and four years old, but I’m sure that in a few years they’ll be showing me what to do.

They remember my passcode and can use it to unlock my phone, and they are even budding photographers (their specialities are selfies).

Even when they make mistakes, they are intelligent ones. For example, they assume that all screens are touch enabled. So naturally they slap the TV when they want to change the channel.

Now they’ve learnt that the TV doesn’t respond to touch, they stand in front of it making big gestures with their arms like an orchestra conductor, commanding me to navigate to the content they want. (Interestingly; when they say “go up” that means I should scroll down).

It’s also fascinating to see what shapes they recognise as buttons when they play with my iPhone. They can navigate forward and backward through well designed apps, even though they can’t read.

They are beginning to understand basic interface patterns. Naturals at swiping, tapping and dragging; they quickly get frustrated with slow, unresponsive interactions. Unfortunately for me this means that they prefer using only the newest, most expensive devices. (Top tip for new parents; get some good insurance).

More recently, my eldest who is four, has been learning to read. We were watching Netflix together on the Apple TV when something went wrong. An error message popped up and she began to read…

The words were a bit too difficult for her so I had to read them out and then explain to her what had happened. I don’t always pay much attention to these messages, but this made me realise how cold and unnatural the language was. It was shame that our family time was interrupted with such a thoughtless message.

When I play with my kids like this, I often think of it as a guerrilla usability test. Watching them can often point out some glaring problems with the way something has been designed and you begin to see the world through their naïve eyes.

It also reminds me how important it is for designers to observe users and work closely with researchers. Having empathy for people is difficult to achieve when you are stuck in an office. On the other hand, witnessing people interact with something you’ve designed can profoundly change how you prioritise what needs to be improved.