Extreme heat and end of school

This was the week of the extreme heat, and even though Swansea had cooler temperatures than the highs of 40 degrees seen in England, it was still uncomfortably hot. Thankfully a few meetings were postponed until next week, reducing the pressure on people.

I also took a half day on wednesday to see my eldest daughter’s leaving assembly. She’s moving to secondary school next year, so we unearthed some photos of her first day in primary school. Like this one… 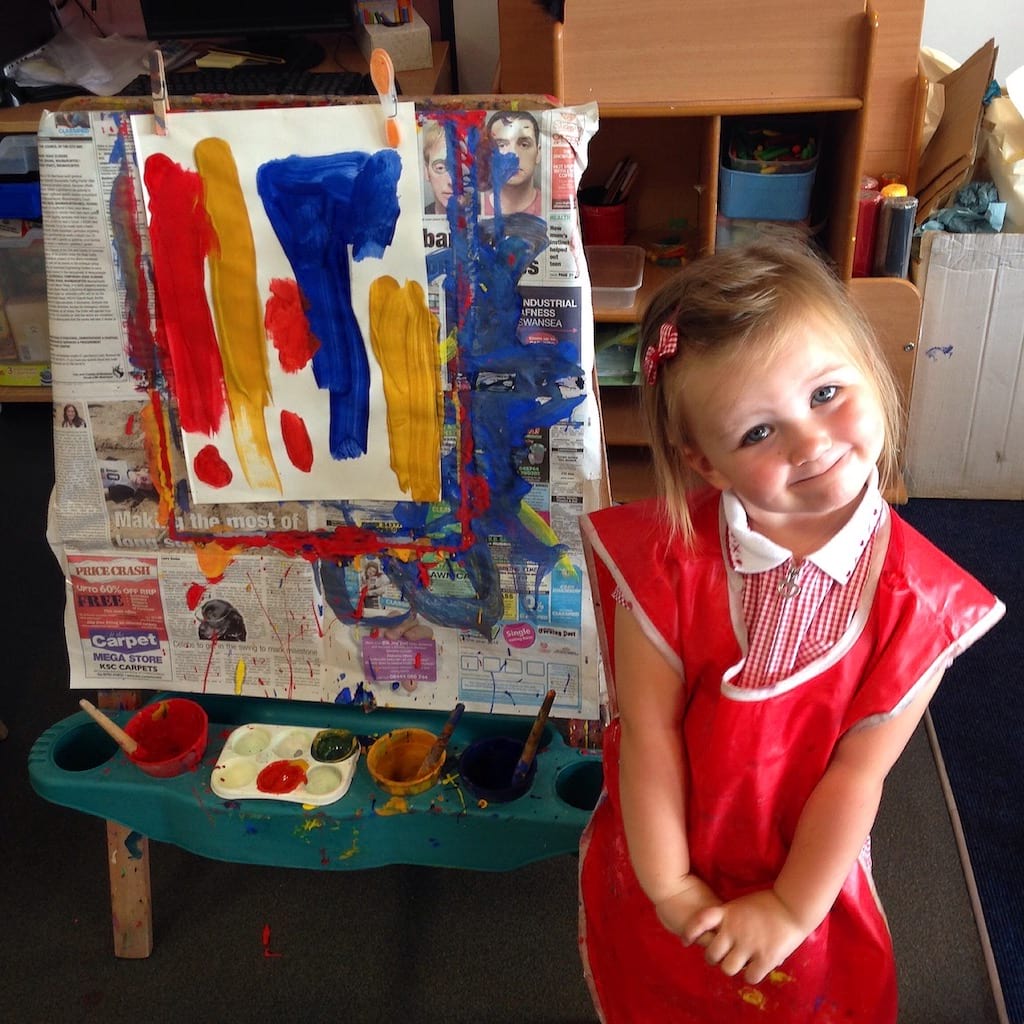 I think this photo has the potential to become a meme. There’s something about her face that is both condescending towards me (the person who took the photo), and pride in her own painting skills. Plus, there’s a clear section on the easel to add custom messages. Where does one submit new memes?

Helping with the software academies

I kicked off the week by joining an intro to user centred design course/workshop, tailored for the Made Tech software academy. I helped a little by answering questions from the delegates, but I also really enjoyed listening along to the training. It was a good refresher course for me.

It prompted me to think about what makes a good project kick-off. Or, what things should I always remember to find out, before I dive head first into designing the details...

It also reminded me to check out the great Ways of Working website by Lawrence Kitson, Jamie Arnold and Giles Turnbull.

When I start my first assignment next month, I’m going to be joining a mobile app team that publishes two native apps, one for iOS and one for Android. I’m doing a bit of research into how this differs from the kind of interaction design that I’m used to, and I’ll try and share useful resources as I go on this mobile app design twitter thread.

I think the barrier to entry (for designers contributing code to mobile app environments) is higher than with web design, so I’m preparing myself to spend more time using design software like Sketch, Figma and Zeplin.

I feel like my 1-to-1s with my manager are going well, and they’re helping to keep me focused and motivated.

At Made Tech they use a web app called Small Improvements to manage 1-to-1s (including appointments, notes, actions), objectives and feedback. And it makes the whole process a lot less like a chore than it usually feels.